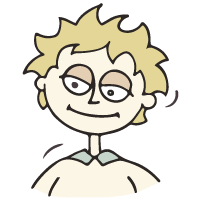 As a young adult, life insurance always seemed like one of those things that was an unnecessary expense. I didn't think I'd need to be concerned with it for at least another ten years. When a friend I went to school with was suddenly killed and didn't have any insurance, I saw first-hand the challenges that posed for his family. I reached out to my insurance agent right away to learn about the options for coverage, and I decided to create this site to help others understand not only the importance of life insurance but also tips to choose the right policy.

Burning Down The House

Nicolas DiPuma was down on his luck and out of money so he devised a plan to set his house on fire and claim the insurance money. He didn't stop there, however. He further decided that his convertible had to go as well. He carefully thought out his plan and when the deed was done he called the police. When talking to investigators, DiPuma reported that he was simply trying to cook when a bag of coals he stored by his stove caught on fire. Trying to save the house from burning down, DiPuma claimed that he through the coal outside. Without realizing that the window was rolled down, he through the coals too hard and they landed in his car, causing it to catch fire too.

After the investigators proved that his story was false, DiPuma was charged with insurance fraud.

A New Jersey police officer, Suliman Kamara, made a fraudulent insurance claim in 2009 when he reported that his car had just disappeared from outside of his home. When the car wasn't located, his insurance assumed it had been stolen and gave him almost eleven thousand dollars to replace it. Kamara actually got away with the lie for three years and he even managed to continue driving the "stolen" vehicle for three years. The lie was eventually revealed, however, when someone who worked for his insurance company actually located the vehicle right outside of Kamara's house.

When Kamara's insurance company reopened the investigation, they found that he stole a license plate from a junk car at the local junk yard and simply replaced it with his real one. Kamara was convicted and sentences to three years of probation.

Also in 2009, two Texas men devised a plan to drive an expensive car into the lake and reap the benefits. Andy House bought a Bugatti Veyron from his friend Lloyd Gillespie for a little over one million dollars. After the purchase, House insured the car for two million dollars should anything happen to it. Instead of naming himself as the loss payee, he named Gillespie so the accident wouldn't smell fishy.

Three weeks after purchasing the insurance, House drove his car into a local lake and claimed to his insurance company that he had to swerve to miss a bird in the road and accidentally drove straight into the lake. Sadly for the men, the entire ordeal caught on a nearby security camera.

It's amazing the lengths that some people will go to make some quick cash, however, it rarely pays off. Before you think about destroying your property, just think about these ridiculous claims listed above. It may help you change your mind. To learn more, contact an insurance agent like Harris Insurance Services.